If Indian cuisine is renowned for its colors and tastes, we can give credit to the unique spices and herbs that are used in the recipes. From garam masala to ginger and nutmeg, you name it and you’ll find the liberal use of these exotic ingredients – be it at high-end restaurants or Indian street food in Brampton, Mississauga, Etobicoke or the Greater Toronto Area.  Apart from flavor and color, these herbs and spices are also known for their health benefits. Talking of unique ingredients, we can safely say that turmeric (Curcuma longa) is a unique Indian ingredient that has captured the attention of the international scientific community, for the array of health benefits it delivers. So, let’s look at turmeric in more detail….

Belonging to the ginger family, turmeric is an herb that is basically grown in India. The golden-yellow herb is primarily used in a variety of Indian dishes. Once it is harvested from the plant’s rhizome, turmeric has to be dried and powdered before use. The weather conditions in India are perfect for the herb and so turmeric is generally not commercially cultivated elsewhere in the world. In fact, India is the only major exporter of turmeric. When used in cooking food, turmeric imparts a yellow hue, mustard-like aroma, and a typical hot-bitter flavor to the dishes. So, you know what to look out for, the next time you venture out to a Veggie Planet outlet in Brampton, Mississauga or the GTA.

Apart from Indian cuisine, turmeric is also used in traditional Indian medical formulations (Ayurveda) to treat health conditions ranging from inflammations to cancer. The healing properties of turmeric are attributed to the curcumin component that the herb contains. Turmeric is a powerhouse of nutrition and health-enhancing elements. In addition to substantial amounts of proteins, calcium, vitamins B6 and C, sodium, potassium, manganese, magnesium, iron and dietary fiber, a tablespoon of turmeric also provides close to 24 calories.

As we all know, Alzheimer’s currently has no cure; it can only be delayed. Turmeric, with its powerful anti-oxidant properties, is being seen as a weapon in the fight against Alzheimer’s. The curcumin in turmeric can delay the onset and progress of cognitive dementia. Studies have shown that senior citizens experiencing age-related memory and cognitive issues are benefitting from the use of turmeric supplements. For vegan /vegetarians, a pinch of turmeric in their Kaawa Nuggets and Kaawa Drumstick could be just what the doctor ordered.

In recent times, the anti-cancer properties of turmeric are garnering attention from the medical and research communities, worldwide. Lab studies conducted on mice, at the Tata Memorial Centre in India, have identified the herb’s potential to protect the body from cancers of the skin and stomach. Similarly, other research studies have unearthed turmeric’s potential in treating colon cancers and restricting the growth of tumors.

The abundance of curcumin coupled with the presence of vitamin B6, in turmeric makes it a great aid in the war against cardiovascular disease. Curcumin equalizes cholesterol levels by flushing out excess LDL (unhealthy) cholesterol from the blood vessels and arteries, to prevent atherosclerosis.

On the other hand, vitamin B6 controls homocysteine production that is responsible for cell-wall damage. Weakened cell walls combined with high blood pressure and plaque deposits can lead up to a variety of cardiac complications.

Turmeric’s strong anti-oxidant properties are also put to use in traditional medicine (Ayurveda) to stimulate brain functions such as cognition, concentration, and memory retention. Modern research has also validated the herb’s ability to defend the neural pathways against plaque deposits and oxidative stress. What’s more, turmeric is also found to display anti-depressant properties in lab research.

The components in the liver are known for their ability to stimulate the lymphatic system and flush out toxins. Lower toxicity levels lead to better liver functioning and health too. In fact, various researches have concluded the efficacy of turmeric as complementary in containing liver damage and the treatment of diseases such as fatty liver and cirrhosis.

Turmeric is also finding wide use in the weight-loss industry which is using the herb’s ability to boost metabolic rates and thus fight obesity. It is also recognized as a weight-loss supplement because it reduces the LDL cholesterol levels in the body. Whether you’re gorging on naan or veggie pizza, you can be confident that turmeric is a good thing to have as a dressing.

For long used in ayurvedic medical formulations for its anti-inflammatory properties, modern research is also endorsing turmeric’s ability to reduce inflammations. Even topical application of a turmeric-based salve is found to significantly reduce the inflammations that are caused by hemorrhoids.

The health benefits of turmeric encompass almost all parts of the body. Turmeric is an active ingredient in medications prescribed for topical application to reduce gout, arthritic pains, and injury-related muscle pain. Similarly, turmeric supplements are found useful to treat anxiety, stress, mood swings, and hormonal imbalances. Turmeric is also known to prevent the development of type 1 and type 2 diabetes. It is also used in treating gastrointestinal problems such as irritable bowel syndrome, and constipation. Many women find that turmeric-laced soups, Indian drinks, and snacks such as veggie burgers provide relief from menstrual discomfort, excessive bleeding, and other problems such as cramps.

For ages, Indian women have been applying turmeric paste to their face as a natural cosmetic and skin tonic. Turmeric has been found effective to control the outbreak of pimples and acne by controlling bacteria growth and secretions of the sebaceous glands. The curcumin in turmeric acts as an oxidant to fight the free radicals and reduce the onset of wrinkles and fine lines of the skin. The modern cosmetic industry has unabashedly embraced turmeric to fill the market with a host of skincare and antibiotic creams, soaps and lotions.

If you’re looking for some home-made solutions for cosmetic problems, turmeric can make your day!

Despite its propensity to stain cloth, turmeric is a great way to rid your teeth of stains. Mix some turmeric with baking soda and coconut oil and you have a great tooth stain remover, made at home.

And if the sunburn is your problem, simply mix turmeric with aloe vera gel or yogurt to dish up a sunburn soother. You can also make skin moisturizer by mixing turmeric with coconut oil. You can experiment with face masks by combining turmeric with yogurt, honey or olive oil, lime juice and so on.

The best part about Indian vegetarian fast foods and street foods is that restaurants have re-engineered themselves for the modern foodie and the growing influence of vegetarianism. No longer do you have to sacrifice taste and pleasure at the altar of good health. If you’re in Etobicoke, Brampton, Mississauga, Toronto and the rest of Greater Toronto Area, remember there’s Veggie Planet Naanza waiting for your palate pleasure!

Veggie Planet offers convenient online ordering via the website (https://veggieplanet.ca) and flexible delivery options, including delivery within a 15-kilometer radius available in Mississauga and GTA. 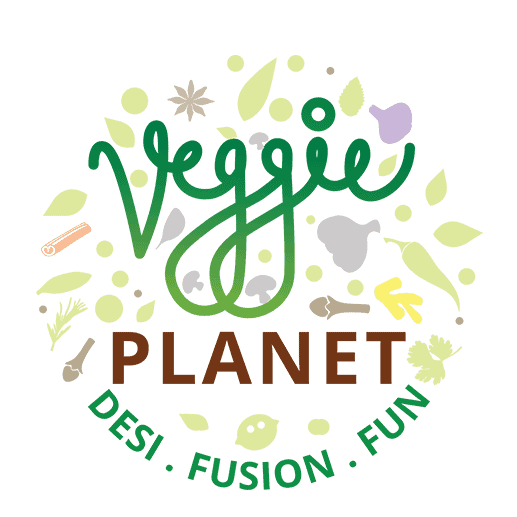 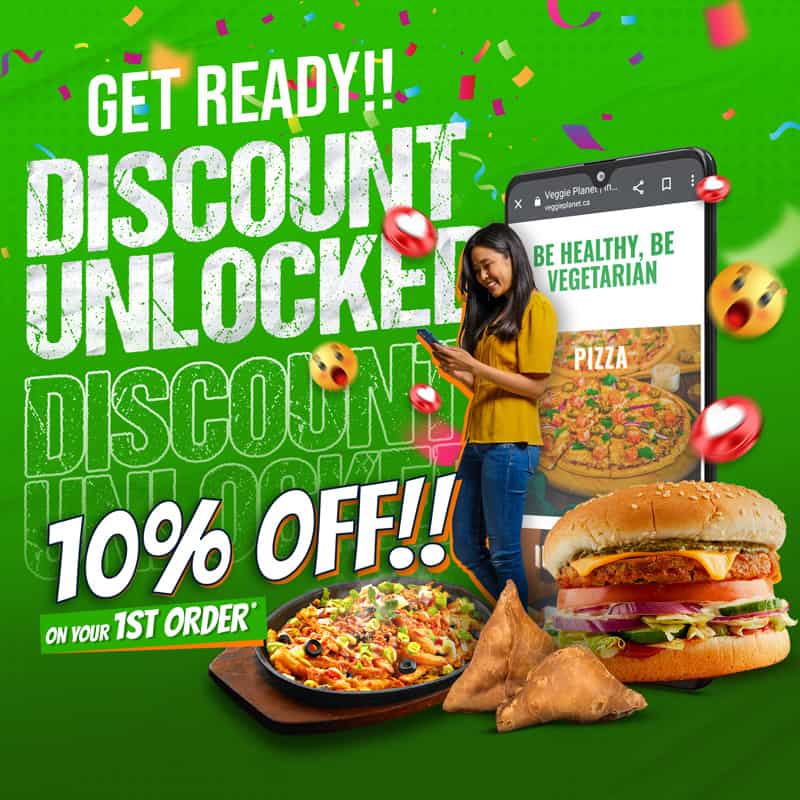